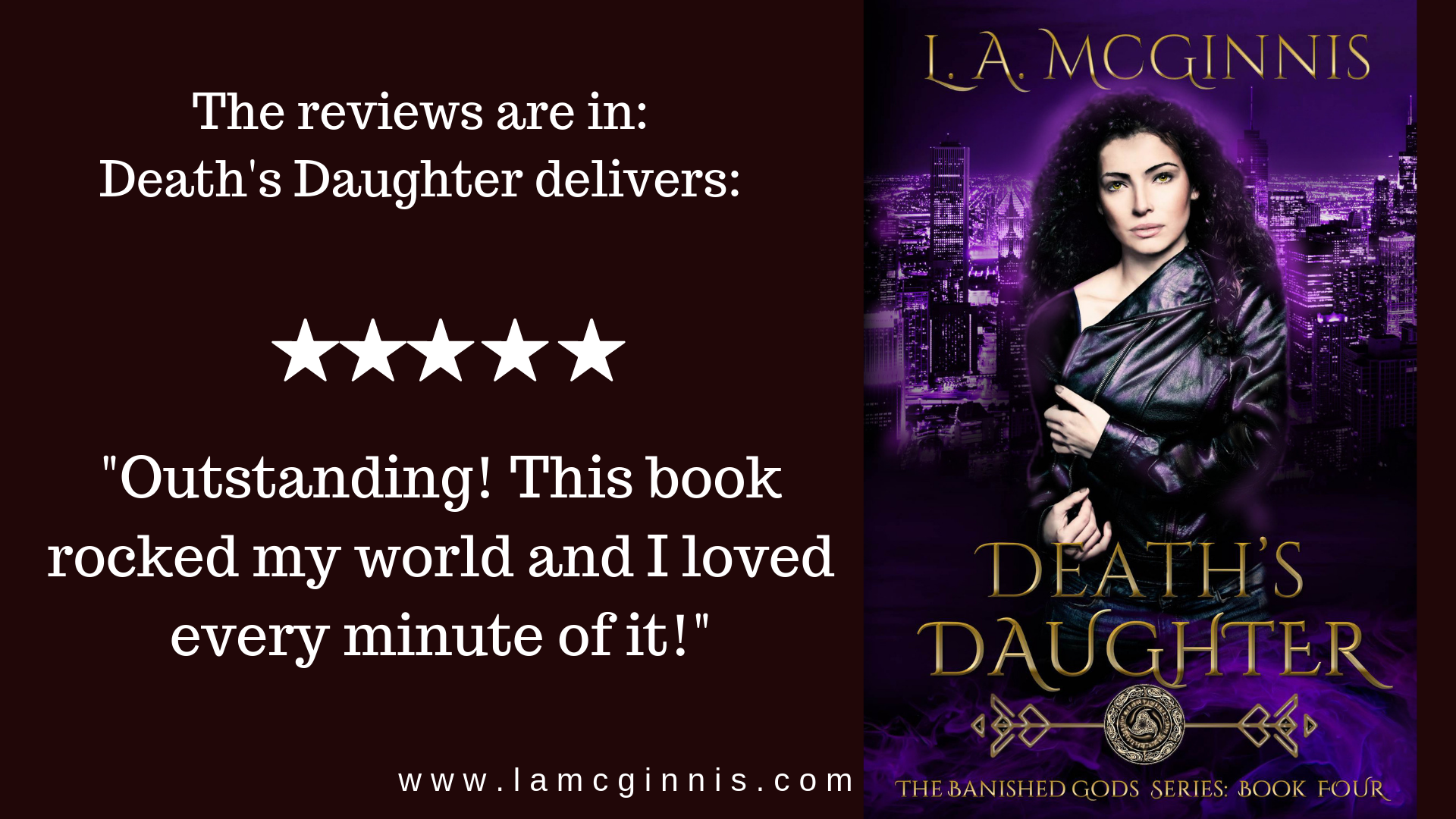 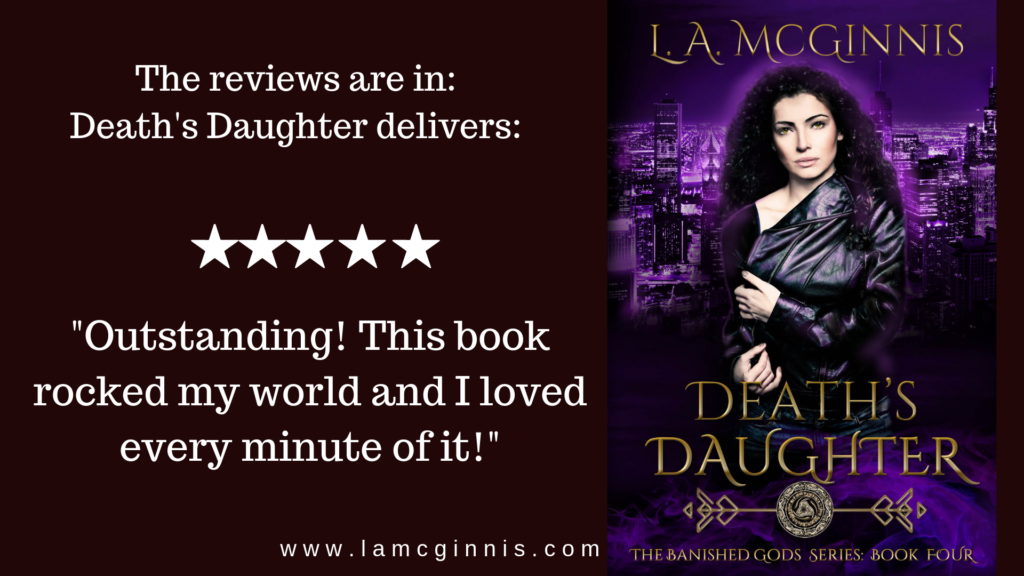 I am so freaking EXCITED!!!  Today is release day for Death’s Daughter!! Check out the fourth installment in the Banished Gods series!!  I loved writing these two characters- Hunter and Tyr sizzle on the page, and everyone is back as the story continues. Here’s a  short teaser:

He’s the God of War.

After a thousand years, their paths are about to cross again.

Hunter Wallace’s luck just went from bad to worse. Case in point? The immortal god she’s managed to avoid for centuries just became her only hope of survival.

Destined to a life of endless conflict, Tyr could never forget the fierce Scottish princess he left behind. But a thousand years hasn’t dimmed her hatred for him, and when she shows up on his doorstep, he discovers that flame still burns bright.

With her home reduced to ashes and a heart haunted by the past, Hunter’s only chance at revenge is to join forces with the immortal god whose life has been forever intertwined with hers.  In a world rocked by war, Hunter must discover why Tyr’s greatest treachery was also his greatest gift.

Now available- you can read it for free in KU, or purchase for your Kindle!!!